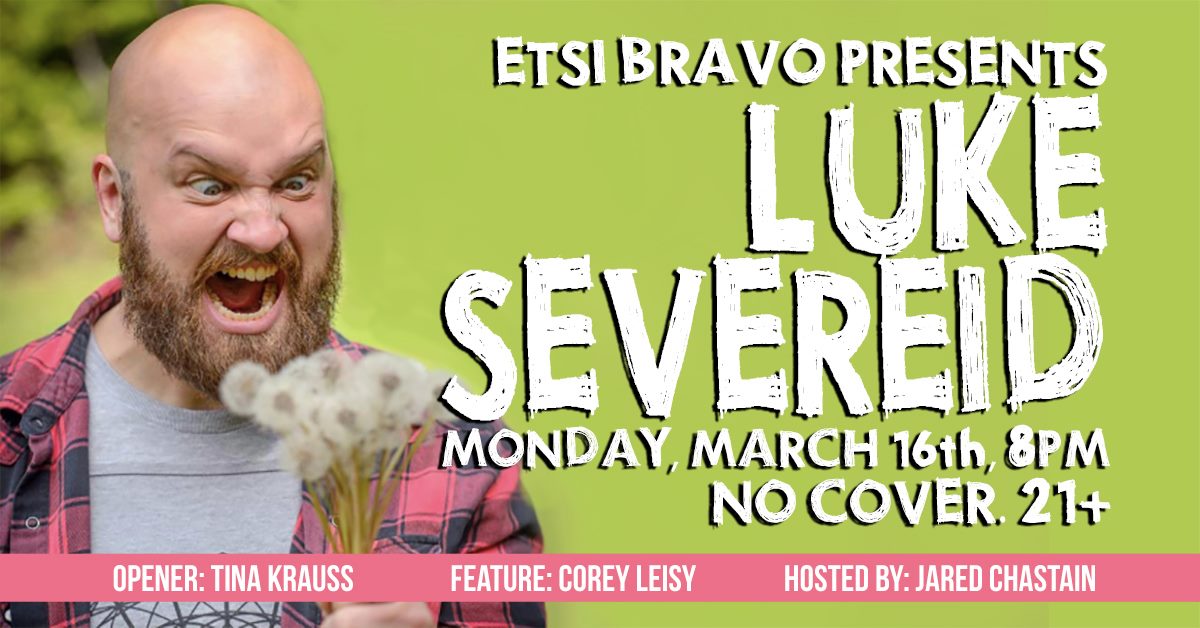 Luke Severeid is a PNW native who got his start in comedy in Tacoma Washington. He’s taken his rambunctious brand of comedy on the road touring up and down the west coast and Canada yelling jokes the whole way. He’s been described as “What a comedian would be like if they had rabies.” and is constantly reminded by strangers that he looks like their favorite bouncer. He’s performed in Bumbershoot, the Seattle International Comedy Competition and recently won “Best Comedy” at HUMP Film Festival.

Big room opens at 7pm, show starts at 8pm. Seating is first come, first served. This will be a full house show – arrive early to ensure a seat.